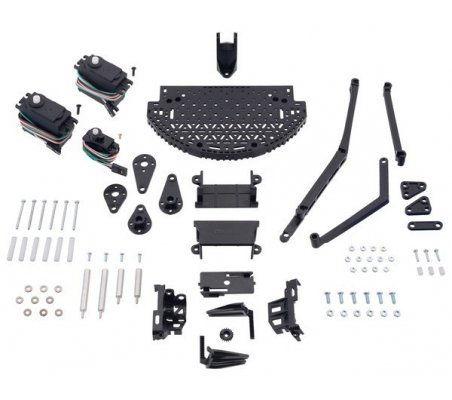 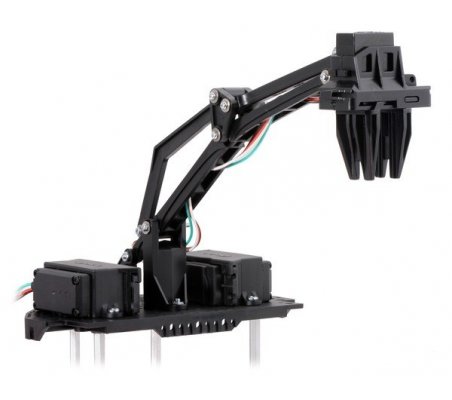 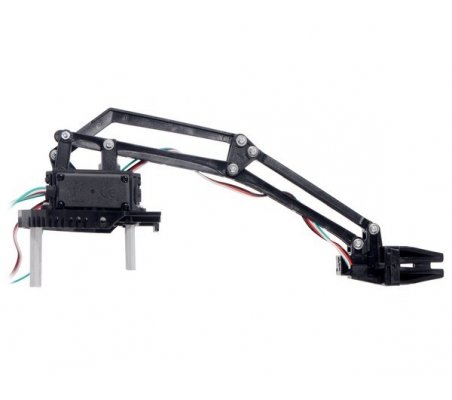 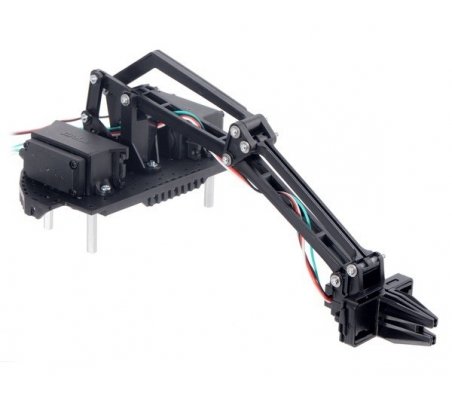 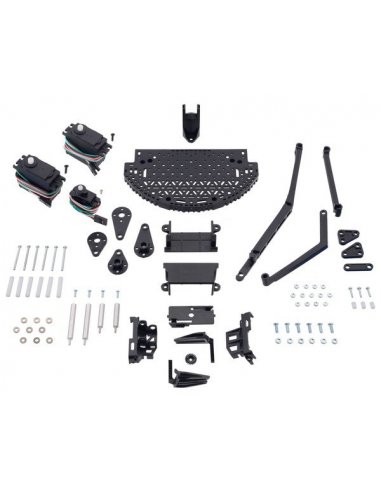 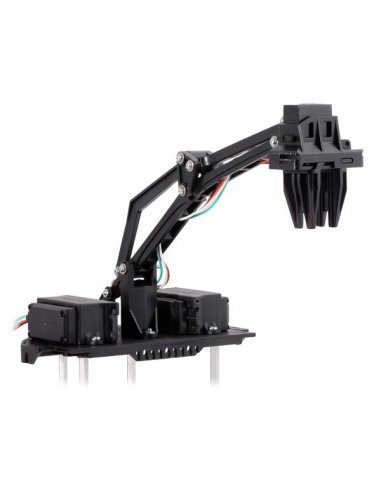 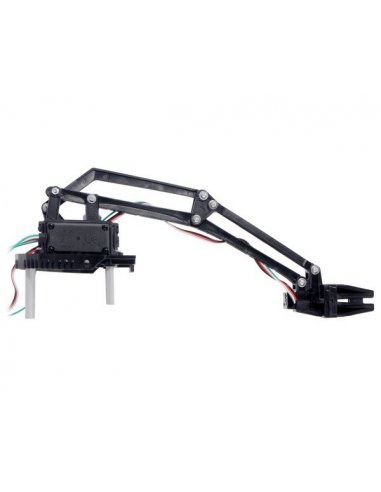 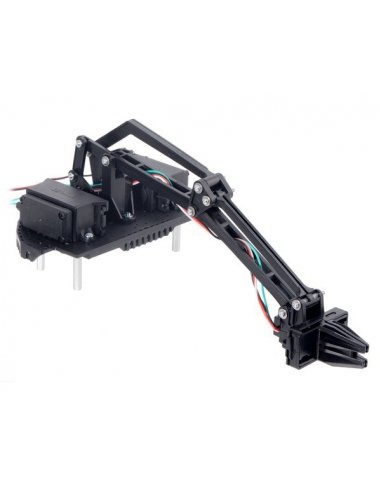 Empower your Romi robot to manipulate its surroundings with this robotic arm accessory kit! The kit contains everything you need to build the arm, including a micro gripper and three servos—one for controlling the height of the arm, one for controlling the tilt of the gripper, and one for actuating the gripper paddles themselves. All three servos are specially modified to provide access to their feedback potentiometers, enabling higher-level closed-loop control of all three joints.

This Robot Arm Kit is an accessory for the Romi Chassis that allows it to manipulate small objects around it. The kit includes a micro gripper with paddles that can slide up to 32 mm apart, arm linkages for supporting the gripper, and a platform to mount everything to. The assembly is actuated by three included servos that are specially modified to provide access to their feedback potentiometers through a fourth (green) wire, which lets you detect if something is interfering with their ability to get to their commanded positions. This feedback also enables more complex closed-loop control of the arm from your main controller.

The Romi arm mounts on the rear half of the Romi chassis, just above the motors, using the included aluminum standoffs. Two standard-size servos sit at the base of the arm and control the height and tilt angle of the micro gripper while a micro servo is housed inside the gripper to actuate the paddles themselves. The larger lift and tilt servos can briefly draw up to around 1.8 A each when commanded to move abruptly, but the typical current draw should be under an amp each. The stall current of the micro gripper servo is approximately 0.8 A at 6 V. All three servos are intended to be powered from 4.8 V to 6 V (nominal) battery packs or a suitable power supply in that general range. For each servo, there is an approximately 1:1 correspondence between the servo position in milliseconds and the feedback voltage in millivolts, so for example, the feedback voltage will be around 1.5 V at the position corresponding to 1.5 ms servo pulses.

One micro servo with position feedback 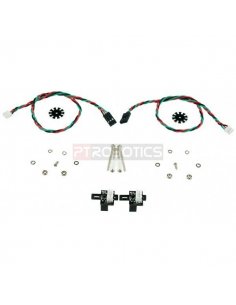 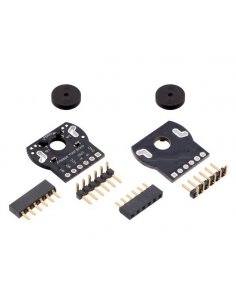 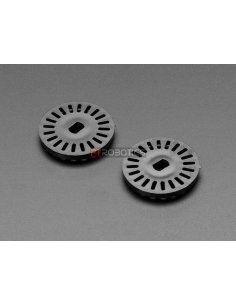 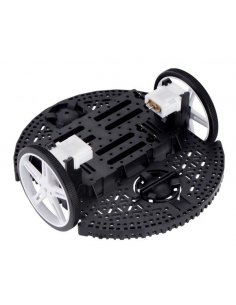 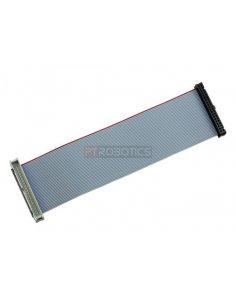 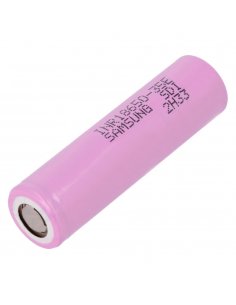 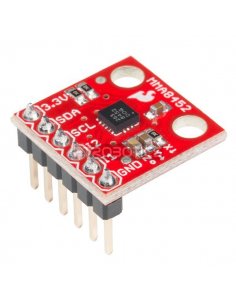 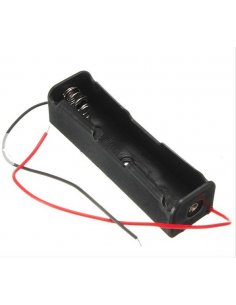 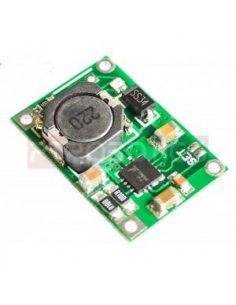