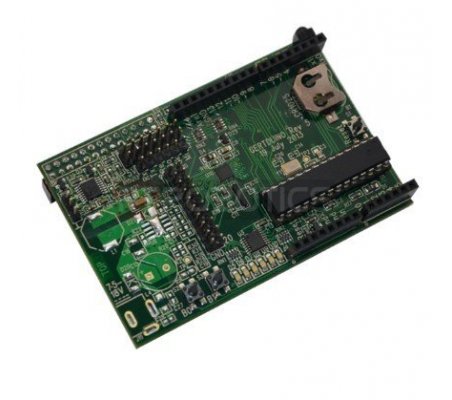 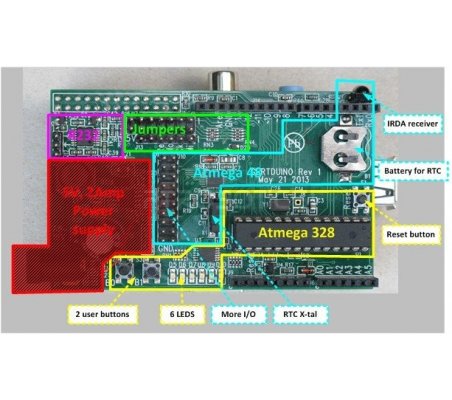 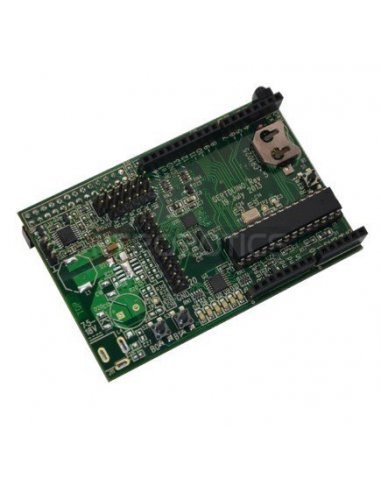 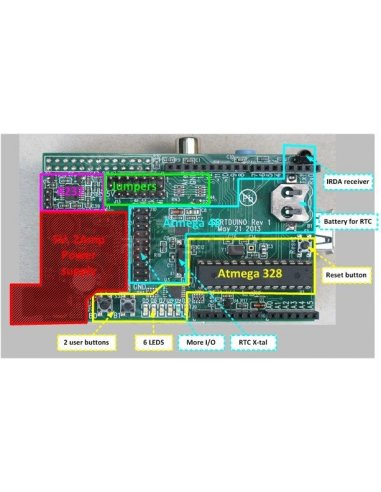 The Gertduino is a Raspberry-Pi add-on which offers the same functionality as an Arduino-Uno but with some extra features thrown in. The Gertduino board features an Atmega328 microcontroller, runs of 5V, has the 16MHz oscillator and has connectors which are 100% Arduino-Uno compatible. It also contains the reset switch, 2 user push buttons, and 6 LEDs. The Gerduino board also has a RS232 level converter which will convert the signals form a UART to the RS232 standard voltages (And invert them as per that same standard).

The Gertduino board also features an Atmega48 MCU, which is intended to be used as Real Time Clock (RTC) and/or as IRDA front end. However it is also freely programmable by the user and thus can be used for any other application, giving the user the power of not one but TWO Atmega devices to play with. The I2C interface of the Atmega-48 is connected permanently to the Raspberry-Pi I2C interface. The BCM2835 does not have a native IRDA interface. The protocol can be implemented using a standard GPIO pin but that puts a very heavy burden on the CPU. To support IRDA the Atmega-48 has a TSSOP4038 IRD device connected to pin D3. This device supports the most common IRDA protocol: 38KHz IR signal.

You can program Atmega328 or Atmega48 from the Raspberry Pi. All connections between the board and the Raspberry-Pi are protected against 5V signals. The Atmega328 and the Atemege-48 have exactly the same pins with the same functionality.The devices only differ in the size of their various memories. So What was written about the Atmega328 also is valid for the Atmega48. But if you make programming errors with the Atmege328 the device can easily be replaced. However, this is not the case with the Atmega48. It is therefore strongly recommended that you are extra careful and not damage any of the I/O ports. Also you can remove the board from the Raspberry Pi and use it standalone.

The key features of the Gertduino board include:

User Manual for GertDuino Board

No reviews
Tap to zoom