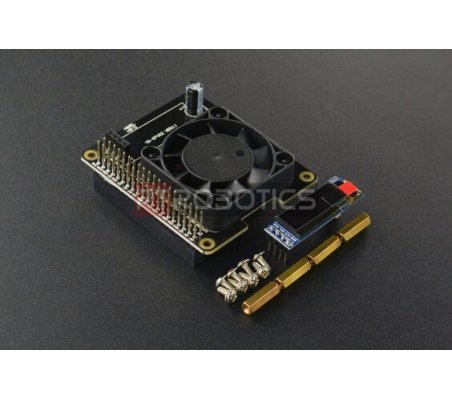 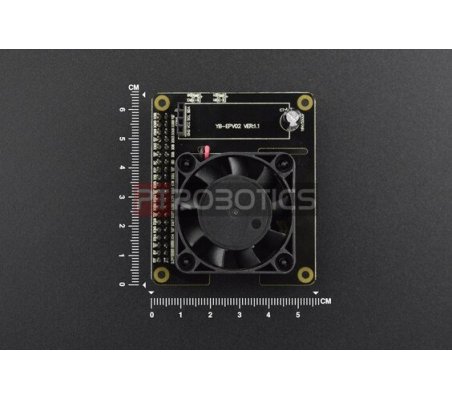 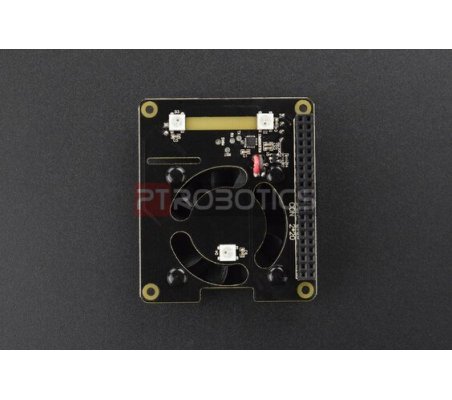 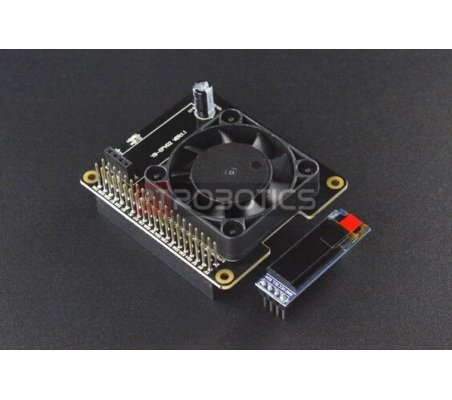 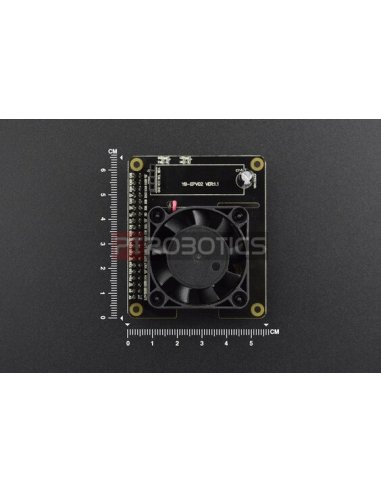 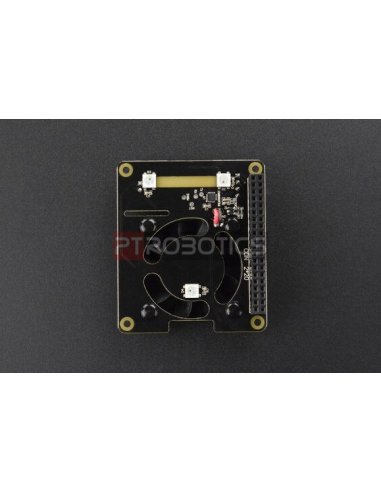 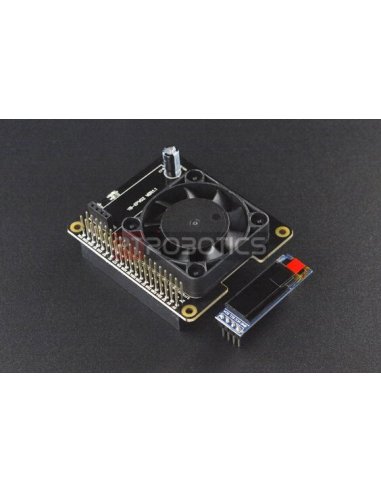 This is a multi-function cooling expansion board specifically designed for Raspberry Pi. It provides full compatibility with Raspberry Pi 4B/3B+/3B to protect the Raspberry Pi board and extends its lifespan.

There is a large-size cooling fan on the board with strong wind power that can make Raspberry Pi run more stably by automatically adjusting its speed according to the CPU temperature. Three high-brightness RGB programming LEDs on the bottom of the expansion board can be used to display various lighting effects: waterfall lighting, breathing lights, rainbow lamp, and more.

This board can be directly plugged onto Raspberry Pi board via its 40 pin interfaces, and it has expanded 40 pin header for connecting to other devices without affecting the use of GPIO ports on Pi board. Furthermore, the place for the OLED screen is reserved on the board to display CPU temperature, CPU usage, hard disk space, memory, and IP address in real-time.

This fan can effectively reduce the board temperature by about 15℃ in actual tests. 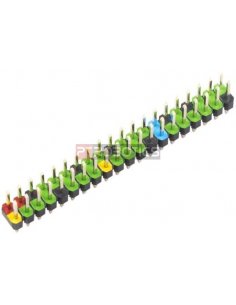