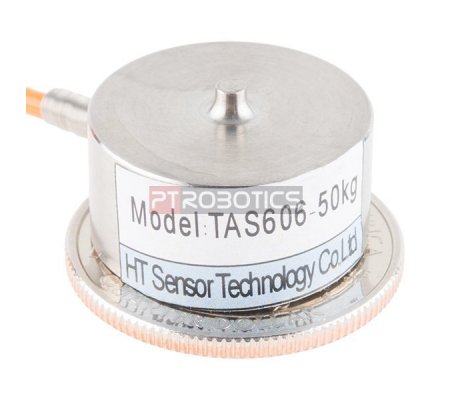 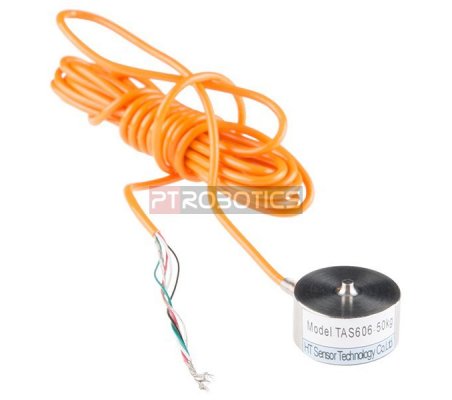 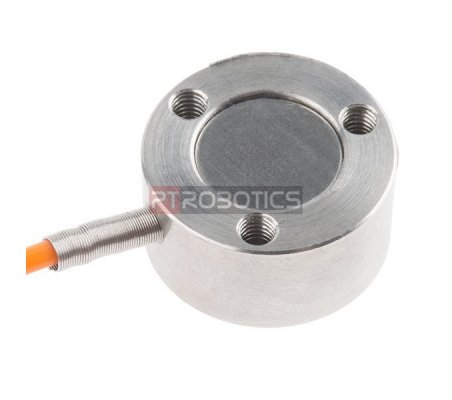 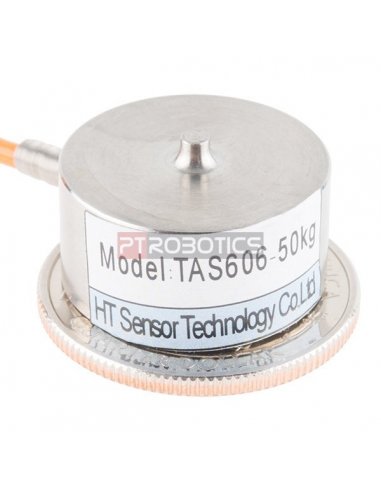 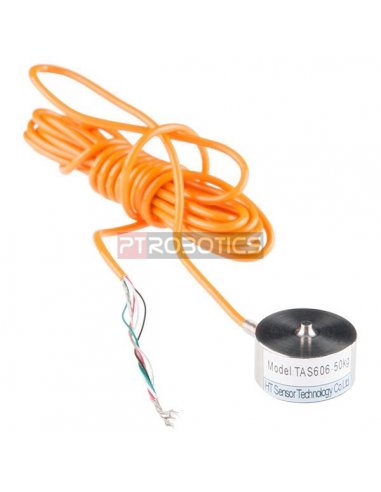 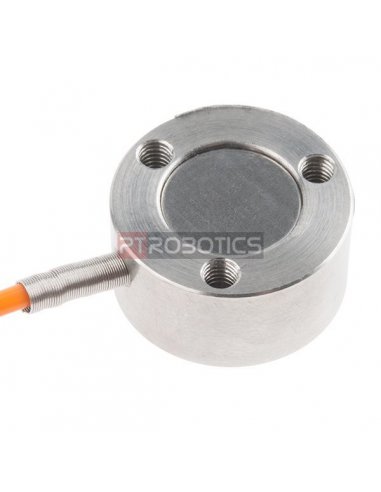 This single disc load cell (sometimes called a strain gauge) can translate up to 50kg of pressure (force) into an electrical signal. Each load cell is able to measure the electrical resistance that changes in response to, and proportional of, the strain (e.g. pressure or force) applied to the disc. With this gauge you will be able to tell just how heavy an object is, if an object's weight changes over time, or if you simply need to sense the presence of an object by measuring strain or load applied to a surface.

Disc load cells are a bit easier to mount than bar-style load cells, making them more straightforward to implement into a design.

Each load cell is made from an steel-alloy and is capable of reading a capacity of 50kg. These load cells have four strain gauges that are hooked up in a wheatstone bridge formation. The color code on the wiring is as follows: red = E+, green = O+, black = E-, and white = O-. Additionally, these load cells offer an IP66 protection rating.

GET STARTED WITH THE LOAD CELL GUIDE