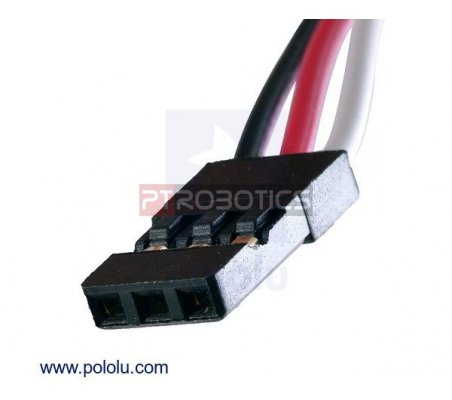 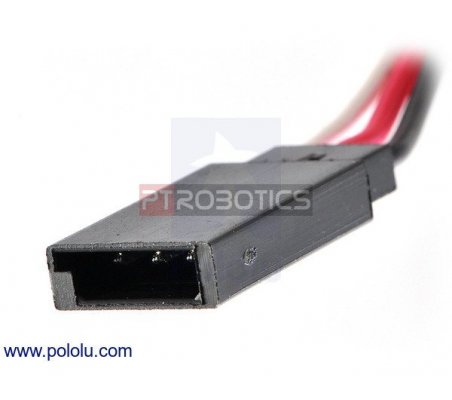 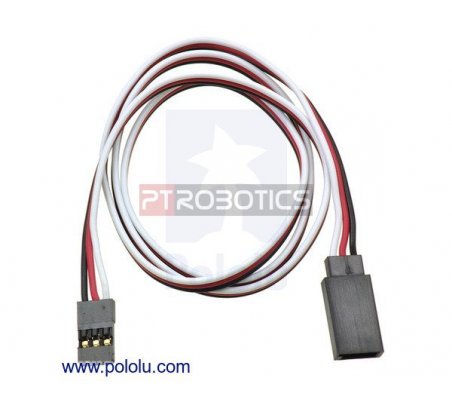 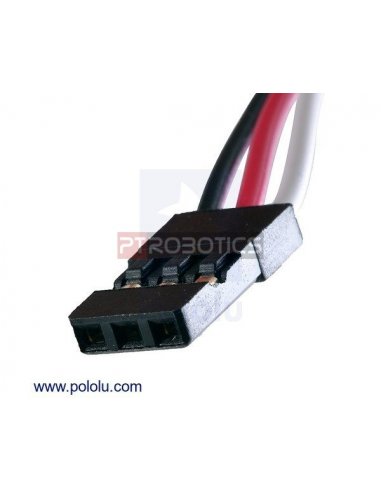 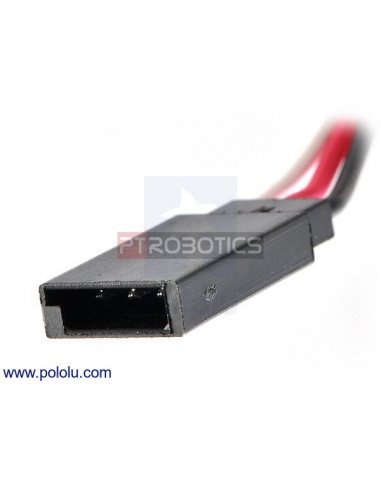 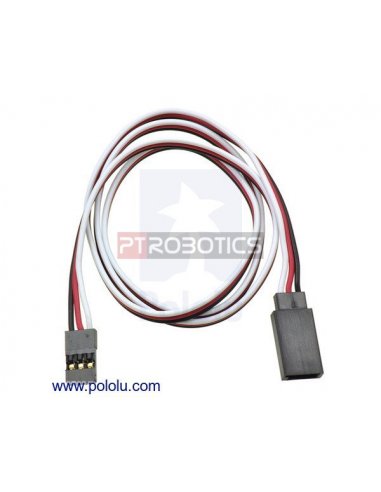 This 24-inch (600-mm), flat cable can be used to extend the leads of many common RC hobby servos. It has 22-AWG wires, and both the male and female cable ends are compatible with both JR- and Futaba-style connectors, allowing it to work in either system or as an adapter between systems. The cable’s conductors each consist of 60 strands, making it more flexible than standard servo cables.

This servo extension cable has three 22-AWG wires joining a male Futaba J connector and a female JR connector. Since a female JR connector can be plugged into a male Futaba J connector, each end of the cable is compatible with both Futaba and JR-style connections; this cable will work as an extension cable in either system or as an adapter between systems, and it is compatible with almost all of the RC servos we sell (you can assume our servos have female JR connectors unless the servo’s product page specifically says otherwise). The connectors have gold-flashed contacts on a 0.1" spacing, and each wire is comprised of 60 strands, making this cable more flexible than standard servo cables.

Note: The cable’s female connector is the same as what is found on most generic servos and fits nicely with 0.1" male headers, but is often referred to as “male” in the RC hobby industry. Likewise, the cable’s male connector is often referred to as “female” in the hobby industry because of the outer shroud, even though it internally consists of three male pins. The pictures below show the cable connectors labeled with our gender convention. 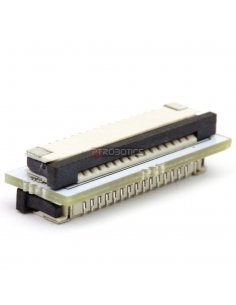 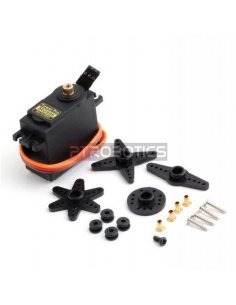